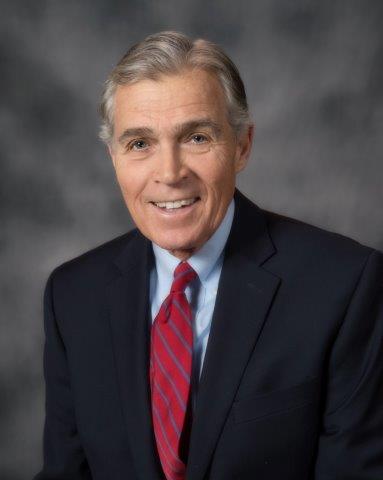 On May 9, 2019, at the Erie County Bar Association’s Law Day celebration, Attorney Charles D. Agresti received the Chancellor of the Bar Award.  The Bar Association honors those attorneys who have shown the highest standards of ethics and integrity and honors their long-standing commitment and contributions to the practice of law.

Charles Agresti has carried on a family tradition of Chancellors of the Bar, beginning with brothers Richard and Joseph Agresti winning the award in 1985, followed by Judge Thomas Agresti in 2016, making Chuck the fourth in his family to receive this prestigious award.  Chuck Agresti joins the ranks of Marsh Law Firm’s previous members who were likewise awarded the Chancellor of the Bar, including James E. Marsh, Sr. (1986); Will J. Schaaf (1990); Robert N. Spaeder (1992); and Ritchie T. Marsh (2013).

He has practiced in all of the counties of Northwestern Pennsylvania for over 48 years, and has served as counsel for the Lawrence Park Golf Club for the past 25 years.  In addition, from 1981 through 2006, he was the Solicitor for the Fraternal Orders of Police for the City of Erie, Millcreek Township and various other city and township police departments in Erie, Crawford and Warren counties, and the Pennsylvania State Police.